By Soccer Assist17th July 2022No Comments

Major League Soccer (MLS) have introduced a new league to their professional football pyramid – The MLS NEXT Pro.

With 21 teams, 20 of which are reserve sides for MLS clubs, the league is classified as part of the third tier of the United States soccer league system.

The league runs from spring to fall with each team playing 24 regular-season games. This is then followed by an 8-team playoff tournament. The league is divided into Eastern and Western Conferences.

Notably, each team can have a maximum of seven international players. 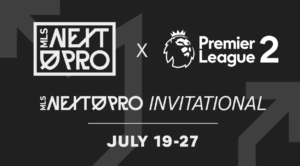 MLS NEXT Pro has also announced its first international competition, the inaugural MLS NEXT Pro Invitational, set to take place in the Salt Lake City this July.

“This year is the start to a competition that we hope to grow in the years ahead. We look forward to welcoming both Chelsea and Wolves to the U.S. and appreciate the opportunity to collaborate with Premier League 2” said Ali Curtis, SVP of Competition & Operations, MLS NEXT Pro.

What does this mean for college soccer athletes?

There are still several rules and mechanisms in the works with plenty more left to be finalised too. However, it bodes well for MLS academy prospects as well as college soccer scholars as the new league will inevitably be an additional pathway to the top league.

What we do know is that teams and players will be governed by a different system than the model of the MLS. For example, teams won’t be able to poach players from other clubs in the format of a SuperDraft.