Charlie, the 17-year old winger from Leeds, tells us that he has been playing soccer from a young age, he has had many successful years of youth football, having been involved in elite set up, Leeds United. Throughout his youth, Charlie has played for teams such as Otley Town FC, Guiseley AFC, and Leeds United Academy.

When describing his playing style Charlie admits, ‘Having the ability to take on an opponent or pass the ball with accuracy allows me as a player to create goal scoring opportunities for myself or for a team which is vital in order to win a games.’ Charlie signed to Soccer Assist in 2017, after impressing the scouts with his versatility and the ability to pick out a pass at a Manchester assessment day. Since then he has been an impact player in multiple Soccer Assist showcase matches gaining impressive footage for his highlight tape which gathered a lot of interest from college coaches.

Soccer Assist Director Junior highlights Junior believes Charlie will do well in the U.S due to his attitude and How to RESUME BODYBUILDING halobol bodybuilding application to note your sessions? self-discipline as a player.  ‘Charlie has the right attitude to do well in the U.S. He has set himself targets for year 1 and I’m sure he will smash them out the park.’ he says. 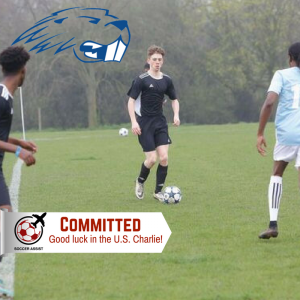