By Soccer Assist22nd June 2018No Comments

We are thrilled to announce that Soccer Assist client Anthony McCardle has secured his place and committed to Genesee Community College. Hailing from Middlesbrough, the former Whinney Banks FC central midfielder will be joining GCC Cougars Men’s soccer roster this fall.

Anthony tells us that he has been playing soccer from a young age, he had many successful years of youth football, having been involved in an elite set up for his club. Anthony played for Whinney Banks from Under 5s up to Under 16s, during his time there Anthony captained his team and was scouted to play at county level.

The 22-year old central midfielder describes his playing style as ‘I am a central midfielder who can play either defensively or attacking. I love to get on the ball as much as possible whether it’s picking it up from my defenders or in the final third to drive on or even find a through ball to my teammate. I have an eye for a good pass. I am a possession-based player, I do not like to give the ball away to the opposition. I am also comfortable and not afraid to use my weaker foot. When in the attacking area I can score and also assist goals.’

Genesee Community College Head coach, Kenneth Gavin recalls that ‘Anthony’s video really appealed to me and I am happy to have him on board for Fall 2018.’

Soccer Assist director, Junior, states Anthony is a ‘Composed attacking midfielder who loves to pick up the ball and make things happen. Will be interesting to see how he fits into a national championship team.’ 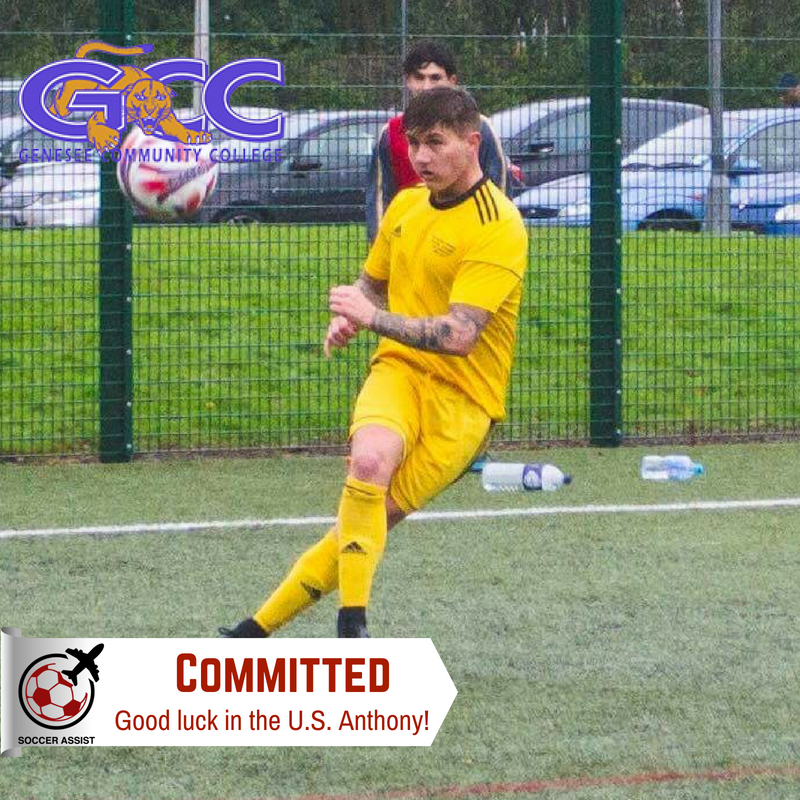