By Soccer Assist26th June 2018No Comments

We are thrilled to announce that Soccer Assist client Jean Charles Agbo has secured his place and has committed to the Harris-Stowe State. Hailing from London, the former The Rugby School student will be joining Harris State Hornets Men’s soccer roster this fall.

Jean Charles attended The Rugby School, where he flourished as a football player as well as a team captain. Jean-Charles’ former football coach at The Rugby School, Phil Berry, states during his time in the school football team ‘the captain used his trickery within the midfield’ allowing him to run his oppositions tirelessly throughout the season.

When speaking on his playing style Jean Charles states, ‘I would describe myself as an all-around midfielder. I use my speed to break up play but I  can also move forward up the pitch. I pride myself on my teamwork and unselfish play, I’ve played a number of positions so I definitely would also say that I’m a versatile player.’

Harris-Stowe State men’s soccer head coach, Stefan St. Louis, is very excited to have the Rugby School captain into his U.S college roster. ‘I like his physicality and ability to drive forward – he will be a big asset to our roster.’ he says.

Soccer Assist Director Junior says ‘JC is a versatile player with great athleticism to do well in the states’ The midfielder attended an assessment day at Brunel University in December 2017, where he impressed the Soccer Assist team where he showed he was an athletic impact player who takes care of his defensive duties as well as getting forward. These are the qualities which will allow Jean-Charles to make a detrimental effect whilst playing in the NAIA. 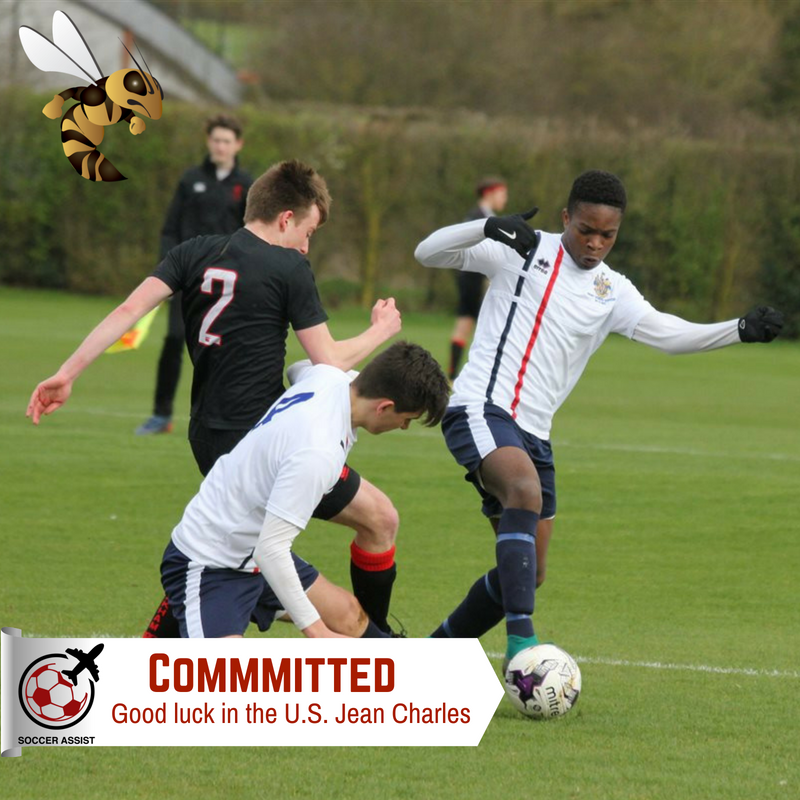