By Soccer Assist25th June 2018No Comments

Soccer Assist are thrilled to announce the commitment of another athlete heading out to the U.S. on a soccer scholarship. Hailing from London, Osvaldo Gloria has secured his place at Jefferson College in Missouri. The Kensington Dragons FC forward will be joining the Jefferson Vikings soccer roster this fall.

Osvaldo tells us that he has been playing soccer from a young age, he had many successful years of youth and men’s football, having been involved in an elite set up for many clubs in and around London. Osvaldo tells Soccer Assist that he moved to Kensington Dragons FC, where he has been playing for the past few seasons as a forward, but wanted to take his football abilities to the U.S. and experience a new style of football.

During Osvaldo’s recruiting period, Jefferson College Head Coach, Brocklon Chatman said ‘We need a player that can score goals and Osvaldo has the right attributes. His athleticism will help him a lot in this conference.’ This heavily influenced his Brocklon’s 70% scholarship offer to Osvaldo.

The 23-year-old forward was signed to Soccer Assist after his impressive performance at our London assessment day in 2017. Soccer Assist director Junior states that Osvaldo’s playing style is similar to Manchester United forward Romelu Lukaku and ‘No doubt Osvaldo will get goals during his years at Jefferson! Let see where his positive attitude and mindset will take him.’

Since being signed to the agency, Osvaldo has taken part in many showcase matches against oppositions such as Arsenal Academy, Leyton Orient FC and Adidas Glitch Squad. Osvaldo recently appeared in the Soccer Assist and Catapult Sports campaign for the launch of ‘PLAYR’ – a player tracking technology for footballers. 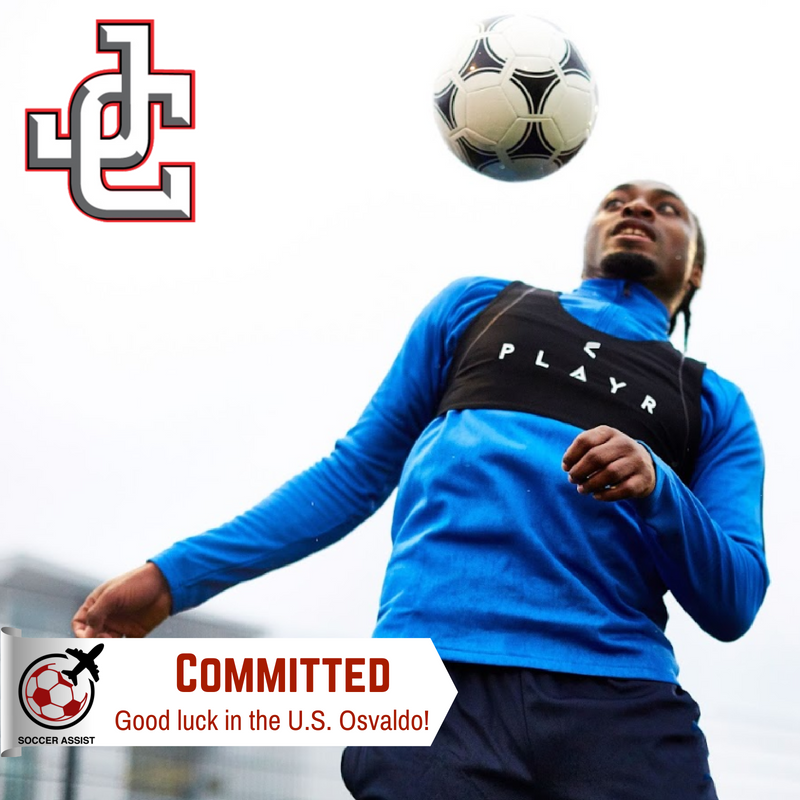